We wrapped production on our film! 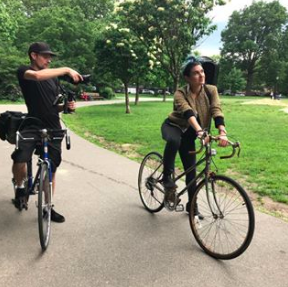 We wrapped production on our film!

We recently wrapped production for A Kaddish for Bernie Madoff: The Film, and wow has it been a journey. (And the journey is just beginning – we’ll be in post production until early summer 2020, though I’ll be showing some excerpts here and there along the way, for feedback screenings as well as conference sessions.) 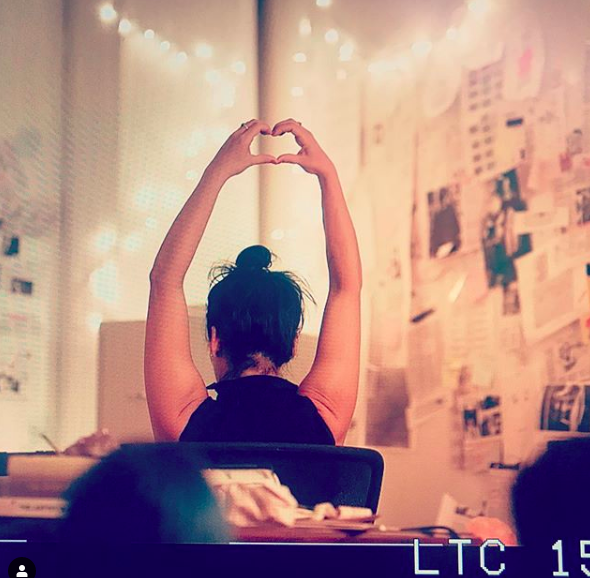 We carried out principal photography in Portland, OR, where most of the creative team is based. We also took a trip to NYC to film B-roll and exteriors. But here I’ll recap a bit of the Portland shoot: ten incredible, fifteen-hour days of intense and wild art-making.

My partner in the film, director/editor/co-producer/fellow-AJR Alicia J. Rose, is a longtime filmmaker and photographer. Though this is her first feature, she knows what she is doing. As for me, I have decades of writing, composing and performing experience – but it was my first time on a film set!

I was completely astounded by the professionalism, kindness and energy of the people who came together each day to make the magic happen. Also astounded by the sheer number of people: around 30 people each day including cast and crew! Making a movie, I am learning, is nothing short of a miracle, and I have the sinking feeling that I am falling in love with this wild, improbable medium.

At the same time, being on a film set also felt very familiar. Like touring with a band, or spending ten days at a writing conference on a mountain: a whole world pops up, and the outside world fades away.  It actually reminded me of the residency on Wall Street this piece is based on, where my fellow artists and I built a super sweet community over the year. Also of the time I spent crewing on tall ships during and after college. Long hours, working together and separately, each person bringing their particular skills and talents, and their positive energy; everyone relying on each other in multiple ways, pushed to the limit physically and emotionally, with deep bonds forged very quickly, hard work, and lots of laughter.

As you can see from these photos, we are a proudly women-led cast and crew.  Sound, director, camera, lights, producer, AD, production designers, hair/makeup artists, and of course talent (since it’s based on my solo theater piece, most of the acting is done by yours truly). All the preceding departments were headed by women/non-binary folks. At hour 14 of the last day, when we were all exceedingly punchy, we gathered for this group shot:

And what exactly were we all doing in that building on NW 3rd and Glisan? Here are some pics.

This film consciously balances tragedy and comedy, zig zagging between the two. So, here’s a silly moment (I’m mugging for the camera mounted at the top of the stall here, but in the actual scene I’m telling my friend in the next stall over how Bernie hated circles, but rented 3 floors of the lipstick building) –

and, a deep moment:

We brought in some wonderful talent for this phase, including a repeat visit from the 3 lovely actors playing our wise women-crone-muses (above/below). Incredibly, one of them is a professional translator who personally translated many of the European documents in the Madoff case!!  Director Alicia J. Rose called them Crone-DMC and they lived up to the moniker, an inspiring and intimidating trio in matching black track suits, who joined me in chanting biblical curses to excommunicate Bernie.

It wasn’t all bathrooms and excommunication rituals, though. We also spent a lot of time in my “office”, a recreation of my real office on Wall Street 10 years ago. Our brilliant art department made a visual reflection of my obsession with Bernie as it grew…

and also staged a big “works in progress” party for me and the other artists, during which I ran around annoying my fellow artists with my constant facts about Bernie and slowly realizing, though their responses, that I was more connected to him than I thought.

Though we still had to finish up filming in NYC (which we did in early November!), we finished the great majority of shooting at the end of the summer, which merited a mini-wrap party. It began when we finished shooting at 2 am on Sunday morning and lasted until 4 am or so.

And now, post production begins! We are so grateful to our supporters for enabling us to make this piece about finance, spirituality, and the power of the imagination. We’re still actively fundraising to be able to cover post-production costs as well as the costs of submitting to festivals when the time comes. If you’d like to show your support and be a part of making this film, or know someone you think might be interested in supporting the project with a tax-deductible donation, here’s the link!

As always, thank you so very much for being on this journey with us. We could not do this without you!  If you’re a social media person, follow us on insta at @akaddishforberniemadoff and FB at @kaddishformadoff.  Be well; thank you for reading; and don’t forget, there is no such thing as a straight line.

With much love and gratitude,